With the K-wave trend surging across the globe, Madame Tussauds Hong Kong launched the K-wave zone and considered it as the key to a better understanding of Korean culture.

To promote the Korean culture, we designed this first-ever 3D Korean virtual dressing game which was located in the K-wave zone.

There are several outfits for men and women respectively, once the player chooses the gender, the corresponding outfits will be shown up for choosing. The player can try on various outfits and do whatever pose they like without worrying the mismatch with the dress. Just put the hand on the camera button, 3 seconds of countdown for the player to pose for photo taking. Player can review the photo and retake photo for 2 more times. Each photo has its own number which is for the player to buy the photo in the Photo Reservation Desk. The background animation keeps looping to attract visitors until someone steps into the detecting area to activate the game again. 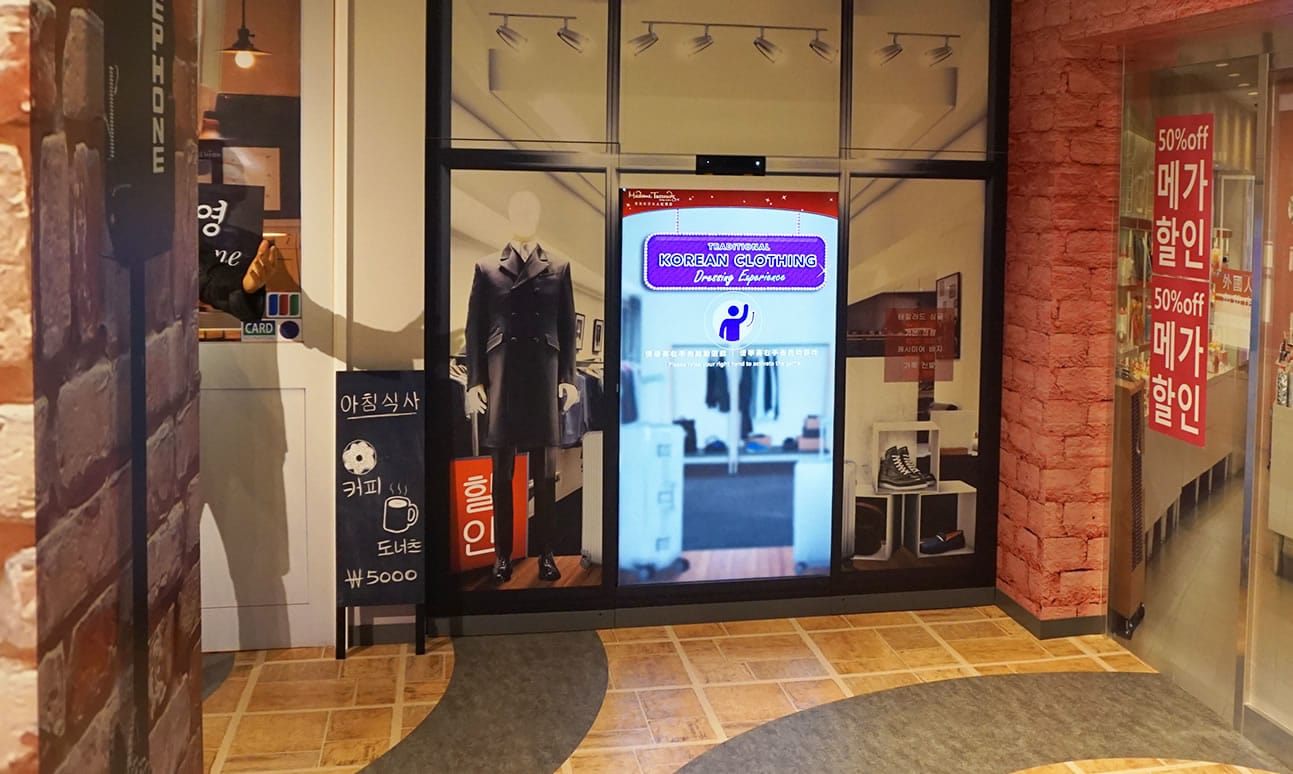 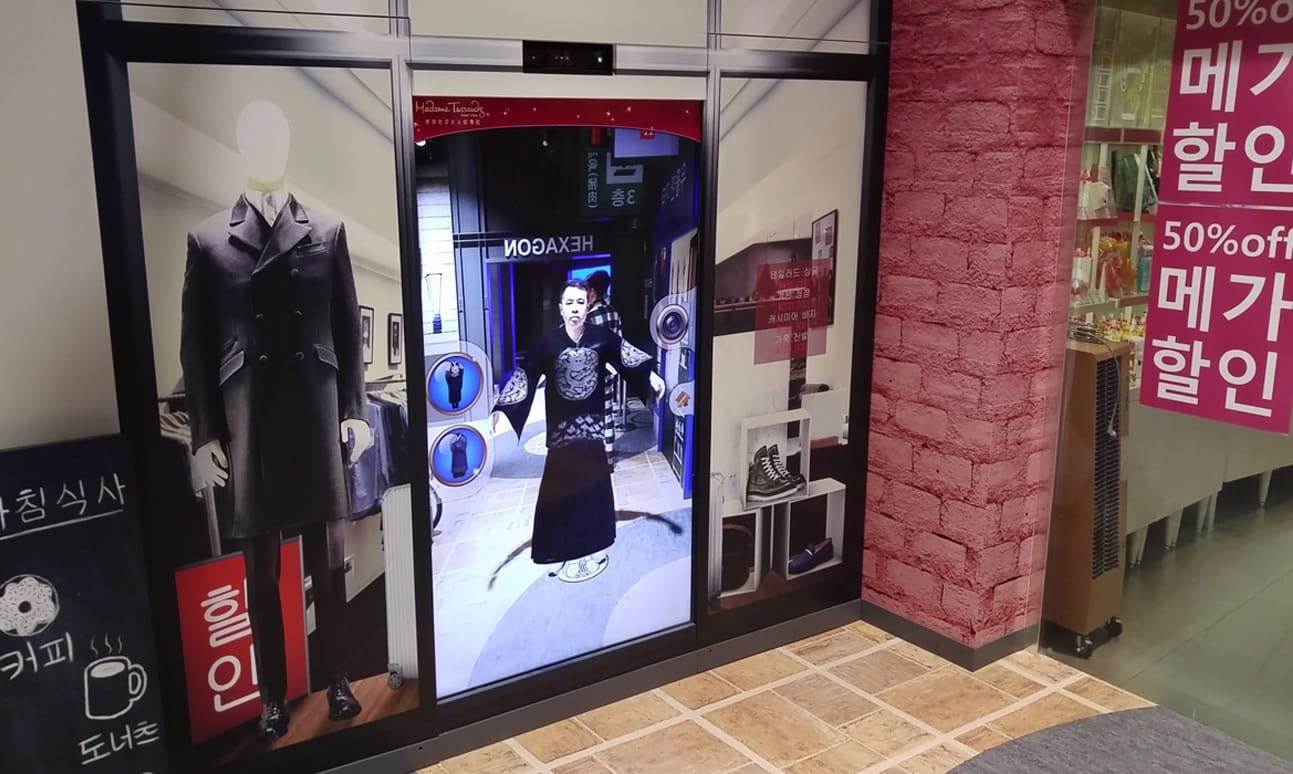